On October 25, the US National Academies of Science, Engineering and Medicine (NAS) released a much-anticipated report with research priorities towards reversing climate change with large scale atmospheric carbon removal.

Aljadix is delighted that the report recognizes “Biomass-to-fuel with biochar processes hold tremendous promise as a cost-effective, carbon negative pathway.”

Biomass-to-fuel with biochar (“B2F/B”) is the design of Aljadix and carbon negative innovators such as Steeper Energy, Genifuel, the former Cool Planet Inc. and others.

Figure:  Biomass to Fuel with Biochar (B2F/B) as described by NAS.

The careful observer recognizes that for B2F/B to be an effective carbon removal solution (e.g. carbon negative with respect to the atmosphere), the amount of carbon permanently sequestered in the biochar, and retained over geological time scales (>10,000 years) must be greater than the total carbon cost of the fuel/biochar production process (including the carbon cost of electricity, natural gas, hydrogen, land use charges, and materials consumed, all calculated on a full life cycle basis). The carbon dioxide returned to the atmosphere by combustion does not impact the calculation as it is originally captured from the atmosphere.

Aljadix has designed a B2F/B process where 10% of carbon captured from the atmosphere is converted to biochar. The fully-loaded carbon cost of the process is projected to be 7%, leading to a net negative process of -3% per unit of carbon returned to the atmosphere through combined biofuel combustion and process costs.

Ultimately, the predominant atmospheric effect of B2F/B is elimination of carbon emissions equivalent to the quantity of fossil crude corresponding to the biofuel combusted.

Though the net effect of -3% carbon removal per cycle is modest, it is recognized that the sale of biofuel provides the basis for financial viability.  Stated otherwise, the value of the biofuel can support a large scale effort to replace fossil crude, and a modest effort at permanent carbon removal.  No other NET has the financial model and scale of opportunity as B2F/B.

How does Aljadix propose to answer the research challenges that NAS identifies with BECCS?

The answer is to replace the Neolithic view of agriculture as a land-based process requiring fertilizer and fresh water with Aljadix’s view that biomass production, at least for biofuels, requires sea surface cultivation in fully sealed containers designed to efficiently capture incoming solar energy through photosynthesis, and recycling of all nutrients.

Aljadix's solution is designed for the Anthropocene.

Aljadix’s B2F/B solution proposes microalgae cultivated in sea-water as the most logical candidate for sea-surface cultivation, as it is inherently designed to benefit from sea surface conditions (in contrast to Neolithic land based crops (corn, soybean, sugarcane). Sea surface microalgae has already proven its capacity to achieve large scale fuel production, as it is the ancient precursor (60-100 mya) for all fossil crude and natural gas buried in the earth’s crust.

Unfortunately, the NAS report neglects three research areas which are critical to carbon negative innovation, and must be designed into any solution: 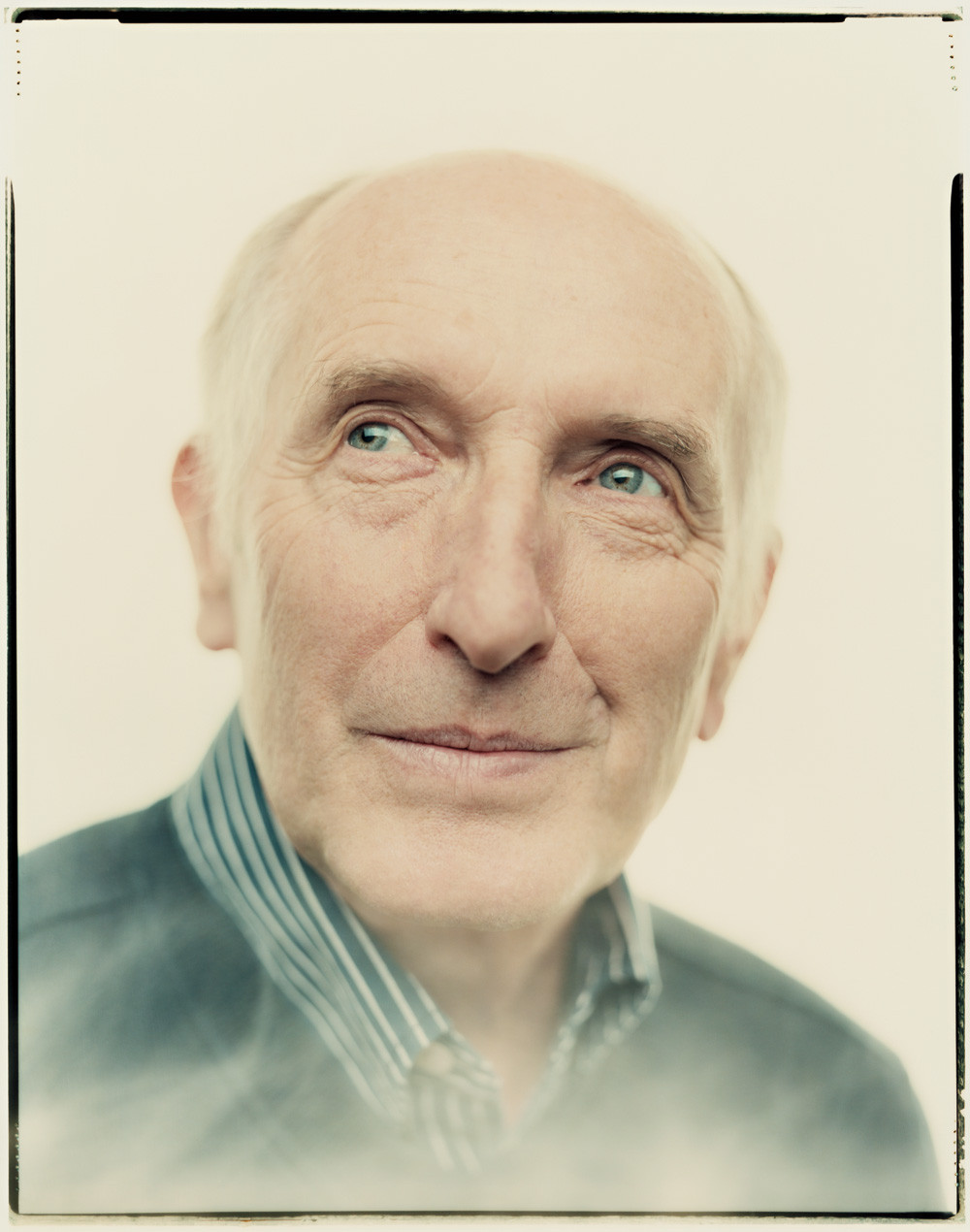 Prof Smil elegantly sets out the main technical challenge with bioenergy in his 2015 text Power Density (MIT Press). Prof Smil identifies that due to the photosynthetic inefficiency of Neolithic crops grown on land, it is not possible to generate large-scale biomass with a land use footprint small enough to be consistent with planetary sustainability.  Another challenge is based on the first law of thermodynamics: You cannot get more energy out of a system than you put into it. Combined, these weaknesses limit global scalability of BECCS.

NAS should have encouraged research into technical parameters that must be met by BECCS for the balance of energy requirements and land use requirements, which is recognized as a key limitation for BECCS, and clearly identified by Prof. Smil.

While the goal of NETs is to remove atmospheric carbon, the NAS report neglects the critical role the nitrogen cycle will play in any biologically driven process.

Dried biomass of all kinds typically contains a molar ratio of 50% carbon, 7-15% nitrogen, 2% phosphorous, with the remainder mostly oxygen and essential nutrients.

This means that the biological systems advanced by NAS, namely reforestation, seashore enhancement and BECCS will require a nitrogen supply of approximately 14-30% in molar equivalent to the carbon captured[1].

For reforestation and seashore enhancement, the NAS report apparently assumes these systems will scavenge nitrogen from existing biomass because no artificial fertilization is proposed. Since the ambitious global goal of 1.1 GtCO2/yr sequestration is anticipated, NAS should have directed research into natural, in situ sources for nitrogen of approximately 0.1-0.3 GtN/yr[2].  This amount of nitrogen is equivalent to the entire human annual global commercial production of nitrogen. Acceptable sources need to be identified.

Regarding BECCS, the nitrogen demand is more complicated and more serious. To the extent that BECCS relies on fertilizer based Neolithic crops, which typically absorb less than 20% of field applied nitrogen, no large scale BECCS process can be recommended without accounting for the carbon cost of energy intensive artificial nitrogen fixation, and the downstream pollution cost. Both aspects of nitrogen demand by BECCS processes should be primary areas of research mandated by NAS[3].

Aljadix provides a solution to the nitrogen demand challenge by extracting up to 98% of nitrogen from microalgae during the biofuel conversion process, and immediately re-cycling it back into the next microalgae cultivation cycle.

Perhaps the biggest disappointment in the NAS report is its failure to get past the issue of land restraint. The Report implicitly confirms Prof. Smil’s negative view of bioenergy by correctly recognizing that Neolithic crops are fundamentally limited in carbon capture capacity by the requirement for land. By chaining itself to these historical and arbitrary parameters, NAS ties itself to a limited future.

The painfully obvious answer is that NAS should have called for fundamental research into the use of sea surface carbon capture.

The sea surface provides vast opportunities and challenges for carbon negative solutions. The opportunity lies in the sea surface exposure to solar insolation energy and atmospheric carbon combined with mobility of the underlying (sea water) substrate.

Aljadix provides a solution to the land restraint challenge by providing a fully-sealed biomass (microalgae) cultivation platform which floats on the sea surface and provides photosynthetic carbon capture in production units 0.5m deep and 2 Ha in surface area. The fully sealed platform exchanges no nutrients with the surrounding ocean. It is based on designs proposed by the OMEGA project of Dr. Jonathan Trent, Algae Systems LLC, Phytolutions (Drs. Laurenz and Claudia Thomsen), and Dr. C.G. Lee (Inha University).

Aljadix prioritizes the ecological and cultural challenges of sea surface cultivation equally with the technical challenge. Research is absolutely required to examine the effect of such cultivation on critical issues such as:

·     Migration and travel of whales, fish and all sea macro fauna

·     Capture and removal of sea-borne plastics and waste.

Aljadix provides an initial, and partial answer to ecological, cultural and technical challenges by initiating development in sheltered harbors of industrial and actively polluting coastal communities. Calculations establish that available industrial sea surface is easily sufficient to for Aljadix to achieve commercial viability.

The greater challenge of large-scale sea surface production to reverse climate change can only be accomplished by answering the critical ecological and cultural issues identified above.

Aljadix’s response to the challenge of sea surface cultivation is to ask: Can humans find ecological and cultural solutions that allow us to allocate sufficient sea surface[4] so that we may provide a carbon negative solution that eliminates crude oil and reverses climate change?

[1] Phosphorous requirement is also high and will be addressed in a separate post.

[2] Due to historical river-sourced pollution of seashores, it can be intuitively anticipated that seashore restoration will have easier access to scavenged nitrogen than reforestation.

[3] Prof. Smil also identified the nitrogen cost of bioenergy as a primary concern.